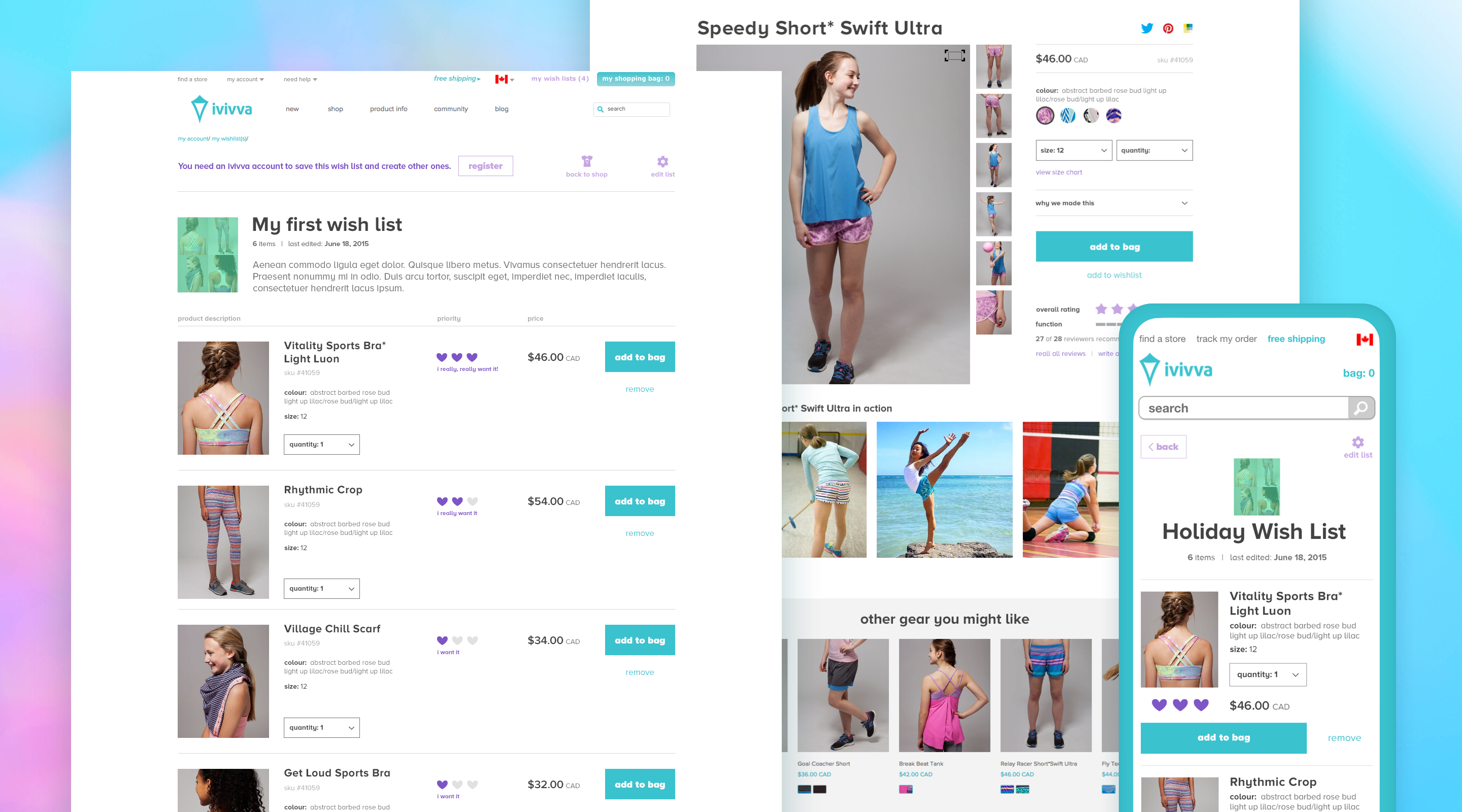 For the 2015 Holiday season, ivivva knew that there was a need to improve the wish list feature on ivivva.com. The existing feature was performing poorly and wish list creation showed no growth over the past 5 years; the archaic design and user experience resulted in low engagement from users. We were tasked with redesigning the experience and creating something that would be intuitive for our guests, and also drive more sales during the largest shopping season of the year.

The challenge was to increase usage of the Wish List without changing the underlying code for the feature. We had to pull this off with only UX and interface design because we were very limited in the changes we could make to the overall functionality. The opportunity was to improve usability and increase engagement with this feature primarily through interface design. What kind of effect could we have by only changing the interface and the user flows? We were eager for this opportunity to drive results simply through thoughtful visual design.

The first step was to audit the existing experience and discover the major barriers that prevented users from creating wish lists. After a thorough usability audit, we narrowed in on 3 key problems. Solving these issues would yield the biggest returns in usability.

After defining these 3 areas, our team started designing new user flows to create more intuitive pathways for users as they were adding products, editing, and sharing their wish lists. The difficult part of this process was making improvements that didn’t require back-end development support. Despite this, we came up with a redesigned set of user flows that would fit with our limited development.

From there it was all up to the interface design. The previous design was a mess of text links, so our main objective was to create a highly visual design system and layout to organize the information in a clean and intuitive way.

The results of this redesign were extraordinary! After the redesign, wish list creation on ivivva.com increased 127% over the previous historical total. In other words, usage was more than 2 times higher in only one season than the total usage over the past 5 years. We were blown away! This project really proved the difference that can be made through visual design, and goes to show that you don’t need to perform a costly redevelopment to achieve a lot. 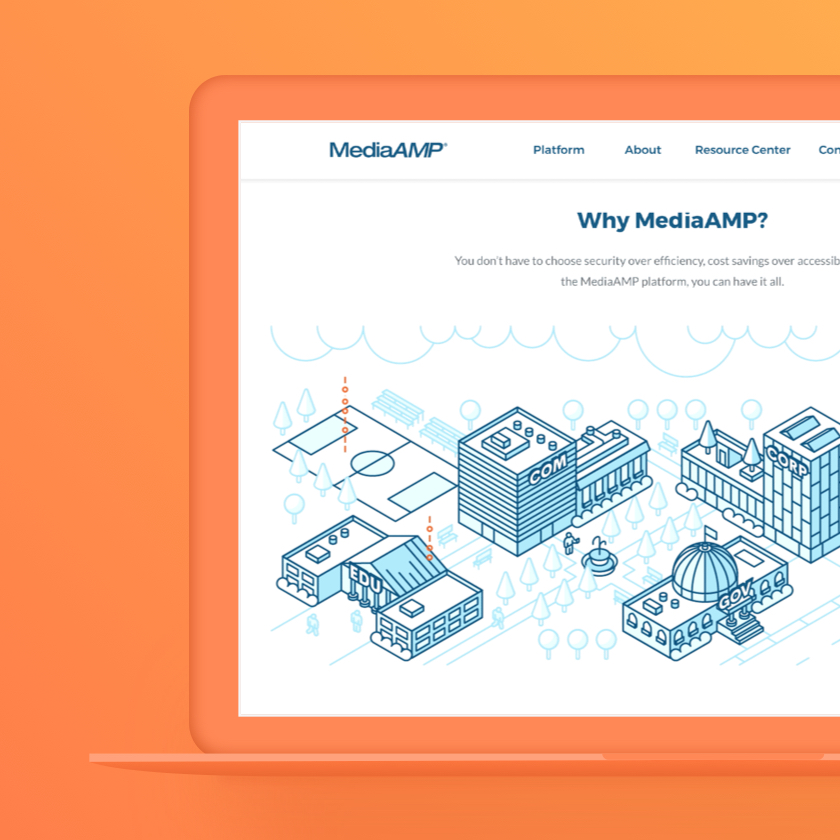 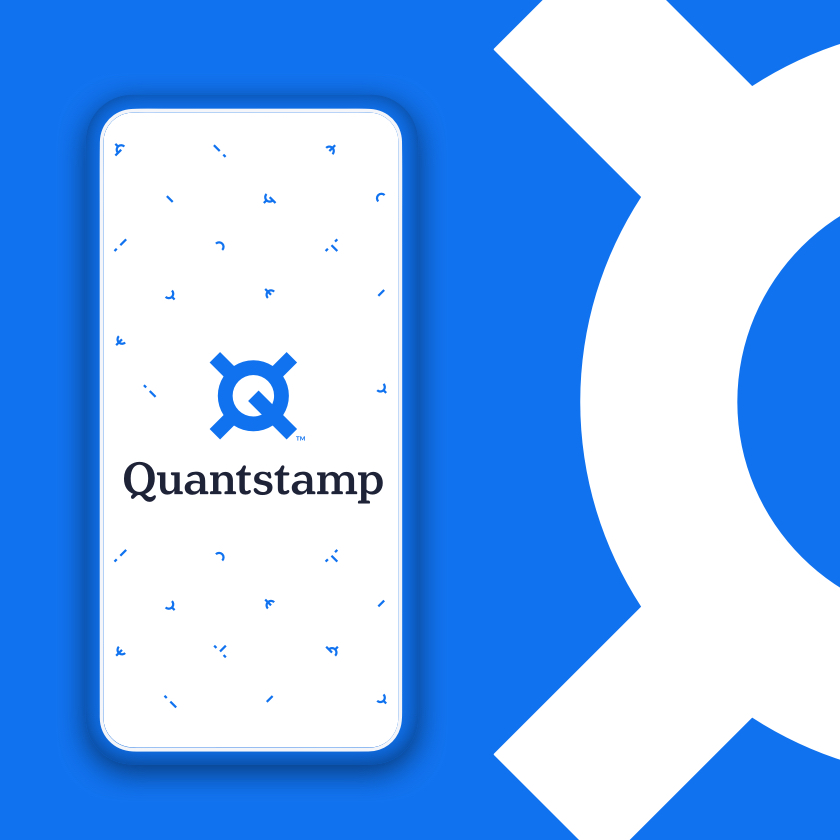